I have recently produced Macbeth: A Media Guide. Here is an extract from the introduction:


Although the main focus in this guide is on the most influential film and TV versions of Shakespeare’s Macbeth, other audio and web-resources are also recommended. However, this guide begins by offering links to learning resources for younger children who are studying Shakespeare for the first time. Contemporary re-mediation is constantly refashioning the Shakespearean canon, drawn to the creative risk of playing with the brand and mixing up the source code, or simply aiming to make the drama more accessible to new audiences in a digital age.

We have moved a long way since Mary and Charles Lamb’s Tales from Shakespeare was the primary choice for children. In fact, there is a long tradition of lavishly illustrated editions of Shakespeare, revealing that the text was seldom required to function on its own (Richmond, 2008; Rokison 2013). For instance, high quality media resources have been produced by the Royal Shakespeare Company’s Shakespeare Learning Zone and the British Broadcasting Corporation (BBC), which have been expertly matched to various levels of learning, often employing elements of contemporary popular culture. Naomi Miller has remarked, ‘children and young adults represent an enormous potential market for Shakespearean material’ (2).

Yet there are now so many resources available that guidance might be helpful for stressed-out teachers and for students driven crazy by the constant drilling of exams. While there have been 400 reputable films based on plays by Shakespeare, the Internet Movie Database (IMDB) lists an astonishing 1,451 films credits for William Shakespeare (Writer). Evidently, commercial forces have capitalised on Shakespeare as a popular brand, just as the more media-oriented academics have followed in their path.

Nonetheless, there are perennial concerns that children are being denied access to authentic “Shakespeare”, if they rely on animations, abridgements, or heavily remixed appropriations. While there are problems with a reliance on clips that fragment the total effect of a full-length drama, Boose & Burt (1997) argued that ‘this shift to a cultural studies approach opens new possibilities for a kind of Shakespeare criticism with wider appeal to a non-academic public’ (10). At the end of the guide there is a bibliography of academic books and articles which have discussed the presentation, appropriation and adaptation of Macbeth on screen and in other media. 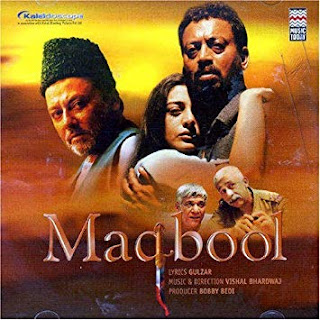 In fact, film versions of Macbeth date back to the earliest days of silent film (1916). Since then we have witnessed British and Hollywood versions of the play with a wide variety of famous actors and directors attempting to put their stamp on the Scottish Tragedy. Notable also is the global dimension as more films, clips and resources become easier to access through YouTube. Increasingly, live performances are also being documented and are sometimes distributed online streaming, or via DVD.

More recently we have had animations and even robotic versions of the play. Students can work through teacher-led exam focused close analysis of the text, or watch short clips of amateur and professional actors offering their interpretations.

Please help me to expand this very rough guide by filling in the gaps with your own recommendations. ian.mccormick@hotmail.co.uk 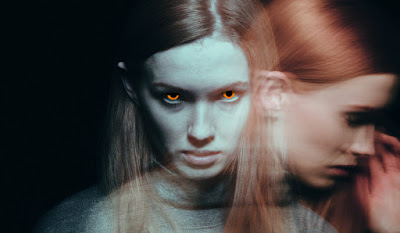 Immense creative opportunities arise from the adaptation of literary texts to stage productions, but too often they are merely slavish imitations and contribute only to heritage theatre. Fortunately, playwright Evan Placey has chosen to use R. L. Stevenson’s late nineteenth-century source text for inspiration in a way that connects with a range of highly contemporary issues. It’s a brilliantly thought-provoking production that contributes to current debates about science and gender, patriarchy and heteronormativity, women’s liberation, and social media as an outlet for misogyny and as an opportunity for emancipation. On an another level, it is a deeply emotional experience that is embodied in the actors’ ability to communicate issues with an emotional urgency.

The play exposes how performances and scripts create gender roles and suggests how they can be re-written. In particular, the second half of the play provides a stronger emphasis on (post)modern perspectives as we increasingly experience the liberating role of fan fiction in the transformation of classic texts. However, if it is starting to sound like a theatre of ideas and aesthetics, don’t be mistaken! It’s a highly physical performance and a call to action, with a reminder that actions speak louder than words, or perhaps that words should not be trusted (Nullius in verba is mentioned in the play — the motto of the Royal Society).

There is perhaps a grotesque element that looks back to the infamous SCUM group, which published a radical feminist manifesto by Valerie Solanas in 1967, asserting that men had ruined the world and only women could fix it. Clearly the struggle against the oppression of women is an ongoing battle. The play also explores sexuality, taking hints from the homosocial aspect of Jekyll’s circle of male friends in Stevenson’s novella. Indeed, Enfield is explicitly exposed as a user of rent boys, for instance, and as someone who uses his status to put himself above and beyond the harsh Victorian laws that punished gay men at that time. In satirical terms there was a recurrent theme of hypocritical men, caught in a double life. Historical oppression is revived, but there is also a sense that narratives can be recomposed with multiple voices, a phenomenon that is becoming popular as “fan fiction”.

In gothic horror terms, the awakening of Frankenstein’s monster and the transformation of Jekyll into Hyde have become iconic cinematic moments that exceed their origins in Shelley’s or Stevenson’s text. This metamorphosis potentially presents a problem in a large theatre space. However, with support from Sarah Worth (Movement Director) the transformation scenes have a remarkable impact, as the focus shifts to a collective sense of empowerment that vibrantly occupies the vast space of the theatre with a strong message about the need for liberation. The young actors embraced the challenge with a strong ensemble performance. Moreover, the physical strength and power associated with Hyde in Stevenson’s text finds a modern parallel in the street protests which are supplemented by increasing energy and violence of the women’s actions. The counter-patriarchal violence also reveals the enactment or revenge for the many women who are still victims because their abuse is overlooked by the establishment.

A key element that helped to maintain the aesthetic coherence of the plot was the monumental musical score provided by Iain Armstrong. The range of music helped to create an atmosphere for key scenes and transformational moments; it also supported the general mood of mystery, intrigue and horror. More generally, the music also gave the story an epic sensationalism, almost Hollywood big screen, perhaps in the psychological tradition of Hitchcock or a Bernard Hermann thriller. But there were also many sound contrasts, from the liturgical worship to the urgent chanting of street protestors. In summary, the music bridged the inner crisis of the private psyche and the vibrant clashes in the public arena.

The set design (Cecilia Carey) and lighting (Simon Bond) worked exceptionally well on several levels. Overlapping spaces indicated the double standard of Victorian life: the privacy and respectability of the home as a domestic space of the family; the riotous world of transgressive pleasure offered by the bar / brothel. Also highly effective was the height and lighting given to the laboratory, and the increasing depth of the space as the audience is drawn deeper into the core of the mystery. At the end of the play a more modern minimalism suggests that perhaps finally, hopefully, the rotten core of patriarchal society has been stripped back to reveal some hidden truths about gender and violence. Altogether a stimulating play and a highly engaging performance by a talented ensemble of young actors directed by Tessa Walker. Overall, the Birmingham Rep has employed a creative team that has brought the best out of these young actors.