Writing about ‘represented speech’ in Shakespeare 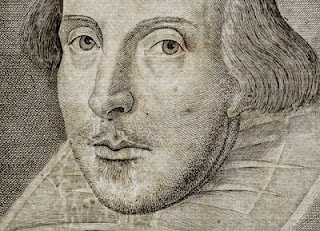 In the exam you are typically provided with a short extract from one of Shakespeare plays. This blog provides a checklist of the key points that you will need to write about. This exercise is an opportunity to show off your understanding and your critical vocabulary, and to demonstrate your awareness of how literary and rhetorical techniques contribute to effective dramatic writing.

Who are the main protagonists, and who are the subsidiary speakers? Which characters prompt or lead the discussion? Who dominates?

the context for the action,
the sense of conflict or rapport and dramatic situation
how the extract helps to develop a character/psychology/motivation/emotion
... or to advance a theme.

Think about what has happened before, and what will happen after the selected scene/extract

Is there an emotional high point or specific dramatic moments that have more emphasis than others? Identify precisely where these happen in the extract, and think about how they are achieved.

Are the speakers balanced in equal exchanges? Are they engaged in verbal combat, or witty wordplay (puns/innuendo/logical games)

Is there a power difference between speakers (age/class/gender/situation)

Check for dramatic irony in relation to characters and the audience.

Shakespeare’s plays are not a transcript of conversational speech, but they may employ colloquial elements and slang, sexual jokes, rudeness and less formal, less poetic speech rhythms. Sometimes he employs prose, or irregular verse. You should comment on these aspects of the extract.

Shakespeare tends to employ unrhymed verse, but sometime the final two lines of a scene are a rhyming couplet. This provides a more emphatic closure.

How does Shakespeare vary the pace? Look for shifts in rhythm and timing, and don’t just pause at the end of very line. Shakespeare’s verse is very flexible, and presents many cues for actors, as well as opportunities for variations in volume, pitch and pace.

Is there a sense of rising or falling (e.g. louder/quieter)
Dramatic elements: e.g. trumpets announce a character ... or whispering ...

Compare and contrast public speeches, court and noisy crowd/street scenes to ...
smaller, more intimate gatherings (a bedroom scene), a private monologue (soliloquy), or an ‘aside’

Because renaissance writers were trained in the classical rhetoric you will find many of the literary devices and rhetorical techniques which are frequent in formal public speeches.

This artificial formality (prepared speech) many contribute to a sense of linguistic performance and dexterity (verbal skills). Polished and eloquent speech was the sign of an educated gentleman or a courtier.

The deployment of rhetoric provides a sense of wit, intelligence and refinement, but it was also used to present deeper thoughts and feelings of the character.

Language and style should be related to issues of power, but remember that Shakespeare can be quite effective and dramatic in the way that he satirises and mocks the powerful, and the way that he gives a voice to women, the poor, and the outsider.

Shakespeare’s audience delighted in the playfulness, mobility and resourcefulness of language.

Rather than just identifying and naming a rhetorical or literary technique explain how it functions to produce emphasis, more vivid pictures or imagery, or amplifies, deepens and develops an idea. Evaluate its impact and effectiveness.