For and Against Memorizing Poetry 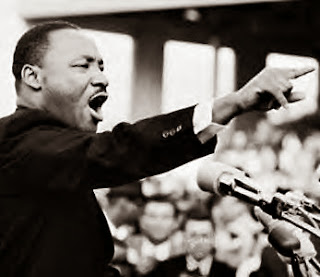 This petition was submitted during the 2010–2015 Conservative – Liberal Democrat coalition government; the deadline 30 March 2015. At the time is attracted only 366 signatures, despite being widely circulated as a link on social media.

End of GCSE English Literature for All, 2017

GCSE English Literature from 2017 will require students to remember between 15 and 18 (depending on exam board) poems in an exam in order to 'closely analyse' them. Signatories ask government to consult with the English teaching community as to whether this is the fairest and most meaningful way of assessing students' understanding and appreciation of poetry. There has been no such consultation on this matter to date. 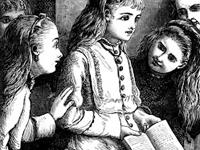 10. Total recall is a kind of slavery. Leave it to robots and to Hollywood fantasy.

Dr Ian McCormick is the author of The Art of Connection: the Social Life of Sentences

"Many people in Great Britain and the United States can recall elderly relatives who remembered long stretches of verse learned at school decades earlier, yet most of us were never required to recite in class. Heart Beats is the first book to examine how poetry recitation came to assume a central place in past curricular programs, and to investigate when and why the once-mandatory exercise declined. Telling the story of a lost pedagogical practice and its wide-ranging effects on two sides of the Atlantic, Catherine Robson explores how recitation altered the ordinary people who committed poems to heart, and changed the worlds in which they lived. Heart Beats begins by investigating recitation's progress within British and American public educational systems over the course of the nineteenth and twentieth centuries, and weighs the factors that influenced which poems were most frequently assigned. Robson then scrutinizes the recitational fortunes of three short works that were once classroom classics: Felicia Hemans's "Casabianca," Thomas Gray's "Elegy Written in a Country Churchyard," and Charles Wolfe's "Burial of Sir John Moore after Corunna." To conclude, the book considers W. E. Henley's "Invictus" and Rudyard Kipling's "If--," asking why the idea of the memorized poem arouses such different responses in the United States and Great Britain today. Focusing on vital connections between poems, individuals, and their communities, Heart Beats is an important study of the history and power of memorized poetry." See Heart Beats: Everyday Life and the Memorized Poem by Catherine Robson (Princeton University Press 2012)

"What has happened to the lost art of memorising poetry? Why do we no longer feel that it is necessary to know the most enduring, beautiful poems in the English language 'by heart'? In his introduction Ted Hughes explains how we can overcome the problem by using a memory system that becomes easier the more frequently it is practised. The collected 101 poems are both personal favourites and particularly well-suited to the method Hughes demonstrates. Spanning four centuries, ranging from Shakespeare and Keats through to Auden and Heaney, By Heart offers the reader a 'mental gymnasium' in which the memory can be exercised and trained in the most pleasurable way. Some poems will be more of a challenge than others, but all will be treasured once they have become part of the memory bank." By Heart, By Ted Hughes (Faber 2012)


"The ancient Greeks, to whom a trained memory was of vital importance - as it was to everyone before the invention of printing - created an elaborate memory system, based on a technique of impressing 'places' and 'images' on the mind. Inherited and recorded by the Romans, this art of memory passed into the European tradition, to be revived, in occult form, at the Renaissance, and particularly by the strange and remarkable genius, Giordano Bruno. Such is the main theme of Frances Yates's unique and brilliant book, in the course of which she sheds light on such diverse subjects as Dante's Divine Comedy, the form of the Shakespearian theatre and the history of ancient architecture. Aside from its intrinsic fascination, The Art of Memory is an invaluable contribution to aesthetics and psychology, and to the history of philosophy, of science and of literature." The Art Of Memory, by Frances A Yates (Pimlico, 1992)

"Mary Carruthers's classic study of the training and uses of memory for a variety of purposes in European cultures during the Middle Ages has fundamentally changed the way scholars understand medieval culture. This fully revised and updated second edition considers afresh all the material and conclusions of the first. While responding to new directions in research inspired by the original, this new edition devotes much more attention to the role of trained memory in composition, whether of literature, music, architecture, or manuscript books. The new edition will reignite the debate on memory in medieval studies and, like the first, will be essential reading for scholars of history, music, the arts and literature, as well as those interested in issues of orality and literacy (anthropology), in the working and design of memory (both neuropsychology and artificial memory), and in the disciplines of meditation (religion)."  The Book of Memory: A Study of Memory in Medieval Culture (Cambridge Studies in Medieval Literature) by Mary Carruthers 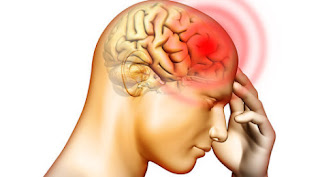 “So, with all due respect, at the end of the day, I personally, I'm fairly unique, whatever? So I’m, well, so absolutely annoyed by English language clichés. It’s a nightmare. At this moment in time I shouldn’t of  mentioned it, but it irritates me 24/7. So try to be a bit more original, going forward: it's not rocket science!”

It's so annoying (The Spectator)