Its marble towers of urbanitas; its fertile meadows of pastorale; its lofty epic contests; its festivals of comedy and its fleet footed intoxicated lyrics;  the grins and grimace of the satyr and the harsh winter land of tragedy; this other academia and that ...

“It was a perfect title, in that it crystallized the article's niggling mindlessness, its funeral parade of yawn-enforcing facts, the pseudo-light it threw upon non-problems.”
― Kingsley Amis.

"There is this tremendous body of knowledge in the world of academia where extraordinary numbers of incredibly thoughtful people have taken the time to examine on a really profound level the way we live our lives and who we are and where we've been. That brilliant learning sometimes gets trapped in academia and never sees the light of day."
— Malcolm Gladwell.

"If I stay in academia, I might end up going someplace random."
— Lauren Willig.

“Whenever she opened a scientific book and saw whole paragraphs of incomprehensible words and symbols, she felt a sense of wonder at the great territories of learning that lay beyond her - the sum of so many noble and purposive attempts to make objective sense of the world.”
― Vikram Seth, A Suitable Boy.

“Who but an English professor would threaten to kill a duck a day and hold up a goose as an example?”
― Richard Russo, Straight Man.
"It is extraordinarily difficult, even in academia, to find a job that will let you do whatever you want with your time. If you are determined to spend your time following your own interests, you pretty much have to do it on your own."
— Antony Garrett Lisi.

“Well, I am a dilettante. It's only in England that dilettantism is considered a bad thing. In other countries it's called interdisciplinary research.”
― Brian Eno.

“The views of intellectuals influence the politics of tomorrow...What to the contemporary observer appears as the battle of conflicting interests has indeed often been described long before in a clash of ideas confined to narrow circles.”
― Friedrich Hayek.

“Thanks to my solid academic training, today I can write hundreds of words on virtually any topic without possessing a shred of information, which is how I got a good job in journalism.”
― Dave Barry.

“Most of us are pseudo-scholars...for we are a very large and quite a powerful class, eminent in Church and State, we control the education of the Empire, we lend to the Press such distinction as it consents to receive, and we are a welcome asset at dinner-parties. Pseudo-scholarship is, on its good side, the homage paid by ignorance to learning. It also has an economic side, on which we need not be hard. Most of us must get a job before thirty, or sponge on our relatives, and many jobs can only be got by passing an exam. The pseudo-scholar often does well in examination (real scholars are not much good), and even when he fails he appreciates their inner majesty. They are gateways to employment, they have power to ban and bless. A paper on King Lear may lead somewhere, unlike the rather far-fetched play of the same name. It may be a stepping-stone to the Local Government Board. He does not often put it to himself openly and say, "That's the use of knowing things, they help you to get on." The economic pressure he feels is more often subconscious, and he goes to his exam, merely feeling that a paper on King Lear is a very tempestuous and terrible experience but an intensely real one. ...As long as learning is connected with earning, as long as certain jobs can only be reached through exams, so long must we take the examination system seriously. If another ladder to employment were contrived, much so-called education would disappear, and no one be a penny the stupider.”
― E.M. Forster, Aspects of the Novel

What is the University for?
What do academics do? What is a scholar?
Parody and preaching with more than a whiff of reality?
The home of lost causes or the last frontier of objective enquiry and cultural enrichment?
Posted by Dr Ian McCormick at 20:56 No comments:

The Art of Dedication

Dedications, like Prefaces, are a neglected field in the study of book construction and creative composition. But they can reveal quite a lot about power and politics; authorship and authority; celebration and bitterness.

In critical terms deconstructionists would argue that a preface displaces and defaces the text that follows, perhaps (humorously?) tripping it up, or tying it up in precursor knots.Often Jacques Derrida never got past the deconstruction of the preface, or a footnote therein, in order to make his 'point'.

And you probably recall all the levels of ludicrous entrapment that Jonathan Swift employed in A Tale of a Tub (1704) ?

Have dedications grown shorter and more ironic (or bitter) since the decline of aristocratic patronage? Are they still a zone of praise or insult?


What about this one, taken from Herman Melville's Israel Potter: His Fifty Years of Exile (1854)

TO
His Highness
THE
BUNKER-HILL MONUMENT

America repaid the 'compliment' on a 20c stamp.(See below)

Recently, I came across a polite call to action from the late 1960s.

In those days dedications offer a different diet for democracy:

If you're interested in this topic a good place to start is Alasdair Gray's anthology and commentary: The Book of Prefaces. (I started reading it backwards, beginning with the cleverness of G.B. Shaw and the haunting words of Wilfred Owen).

Have you come across any memorable prefaces or dedications? Let me know if you have!

Association, causation and the purely random: ideology and astrology in the classroom 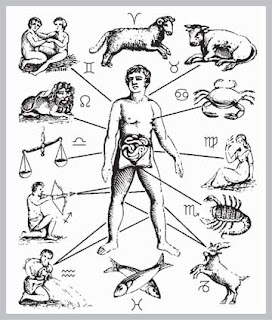 Since the replacement of the octagonal mahogany dining tables with pine benches you can never be quite sure who you'll end up sitting down beside during the lunch break in the Senior Common Room.

Yesterday, Dr Ptolemy Macrobius, Reader in Paranormal Psychology, was expounding some of the key advances that had taken place in reaction to the limitations exposed in Theodor Adorno's dialectical materialist debunking of the topic in The Stars Down to Earth and other Essays (1952-3 / 1994).

Yet this work deserves a little respect! I responded:

“It pretends to a higher level of scientificness than the supposedly more primitive forms of esoteric wisdom without, however, entering into the argument itself: the lack of a transparent interconnection between astronomical observations and inferences pertaining to the fate of individuals or nations… Astrology attempts to get away from crude and unpopular fatalism by establishing outward forces operating on the individual’s decision, including the individual’s own character, but leaves the ultimate choice to him… Astrology undertakes the constant encouragement of people to take decisions, no matter how inconsequential they may be. It is practically directed towards action in spite of all the lofty talk about cosmic secrets and profound meditation. Thus, the very gesture of astrology, its basic presumption that everyone has to make up his mind at every moment falls in line with what will later come out with respect to the specific content of astrological counseling: its leaning towards extroversion.”

In fact, looking at this topic from another angle, I've always considered the curious micro-narratives of astrology as an artful shorthand that repay close critical scrutiny, especially during those yawning intervals in cultural studies seminars, when the grand narrative theories have come crashing down, and one needs to begin the creative task of rebuilding - scaffolding - from more experiential and pragmatic foundations.

And the role of the aleatory in creative foreplay has long been accepted in postmodernist circles, has it not?

Although there's not much on astrology and pedagogy in the research literature, I was curious to discover that the scientists are still conducting their own research in this field:

Treating astrology’s claims with all due gravity.
Steven K. Lower

“I teach an introductory science class at my university, which typically enrols many non-science majors. During a lecture on the gravitational force, I imply that if planets such as Mars exert a force on any object, including humans, then perhaps there is something to astrology’s idea that celestial bodies exert a force of influence on our lives. I encourage my students to undertake a test I have designed for this notion.

Further information, prior to reaching a tentative conclusion and provisional predictions


"... Multivariate analyses of results based on a random sample of individuals support the medical
encounter and postmodern hypotheses and show that the set of postmodern values, in
comparison to dissatisfaction with the medical encounter, is by far a better predictor of attitudes ..."
See: Siahpush, Mohammad. "Postmodern values, dissatisfaction with conventional medicine and popularity of alternative therapies." Journal of Sociology 34.1 (1998): 58-70.

'This condition implies a new form of cybernetic control, governed by the aleatory play of the code.'
See : Clarke, David B. "Consumption and the city, modern and postmodern." International Journal of Urban and Regional Research 21.2 (1997): 218-237.
'He embraced multiple serialism, aleatory technique and electronics, but he is best known for his pioneering explorations in music theatre, radio play, film and mixed media.' See:
Heile, Bjorn. The Music of Mauricio Kagel. Ashgate, 2006.

I confidently predict that we have not yet witnessed the terminus of astrological pedagogies and aleatory methodologies, nor the sublime of big data, nor the sinister predictability of the commercial algorithm that perpetually haunts each keystroke of social media participation.
Posted by Dr Ian McCormick at 16:41 No comments: