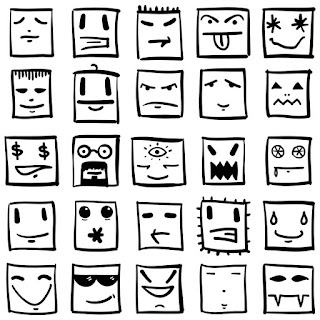 “Why are so many scholars today in the humanities and social sciences
fascinated by the idea of affect?” (Ruth Leys 435)

“No one has yet determined what the body can do.” (Spinoza)

“first encounters with theories of affect might feel like a momentary (sometimes permanent) methodological and conceptual free fall.” (Gregg and Seigworth, 4)

Affect should not be confused with a personal sentiment or feeling. Affects are encounters between bodies, material objects, and mental or ideal bodies. Moreover, the study of affect crosses over into perceptions of the environment, which is composed of sensory information. Yet affect often appears to be unconscious and non-ideological, which represents a challenge to intellectual and rationalist approaches to phenomena.
The interest in affect could be understood as an appeal to a new materialism that explores embodiment of sensations.
Ruth Leys (434) has argued that a common distinction between affect and emotion cannot be sustained.

As with feminism(s), there are many schools of affect theory, ranging across a wide variety of disciplines and multiple zones and fields of research.
The study of affect is trans-disciplinary. Major journals and influential monographs have addressed the notion of affect and the affective turn, especially in the humanities and the social sciences. (See 6. Further Reading).
Also, we need to consider affect theory as trans-subjective. It is not bounded or limited to a single, unified, human subject.
However, we should be cautious about claiming a comfortable or uncritical collaboration between disciplines that are highly suspicious of each other’s methods and assumptions about truth-claims, evidence and verifiability. Rumours of a wide-reaching rapprochement between the humanities and social sciences have been exaggerated.
Indeed, the historical co-operation and porousness of disciplinary boundaries in the past is often repressed in the rigour and precision of contemporary disciplines. Stepping outside the familiar zone might be perceived as an act of heresy and  lead to professional suicide in academe.

Following the writings of Spinoza (1632-1677) in his posthumously published book Ethics, three kinds of affect can be understood. First, pleasure or joy (laetitia). Second, pain or sorrow (tristitia). These are movements, respectively, towards greater and lesser levels of perfection. Third, desire (cupiditas) or appetite, is explained as ‘the very essence of man insofar as his essence is conceived as determined to any action from any given affection of itself.’
Notably, Spinoza did not believe that reason could defeat emotion. Emotions are displaced only by stronger emotions. He stressed the significance of intuitive knowledge. He was also a determinist, arguing against the notion of free-will.
Spinoza’s work was admired by Hegel, Nietzsche and Marx. The emphasis on the body is also evident in twentieth-century thought, in the writings of Henri Bergson, Gilles Deleuze and Félix Guattari.

The affective turn can also be understood as a reaction to the influential philosophical ideas of Plato, Descartes and Kant.
Plato: corporeality obstructs the path to virtue and the immaterial (spirit)
Descartes: the essential core of humanity (being) is its thought (cogito)
Kant: the universality of ethics excludes the particularity of the individual body

5. Twenty questions and points to think about

i.          There has been a shift from the sociology of the body to modes of corporeality. Increasingly the focus is on flows, speed, and movement. Does the shift to various types of immateriality and virtual worlds/bodies (in late capitalism and postmodernism) undermine the subject as a rational, potentially enlightened self?
ii.            How do these ideas relate to modernism (William James’s account of personality as a ‘stream of consciousness’; fragmentation, alienation) and to postmodern pre-occupations that embrace the technologized body?
iii.            Given the multiplication of what we mean by the body, it is less certain that it can become a stable foundation upon which to construct, or to study, difference.
iv.            On the other hand, is a new account of power possible on the basis of a keener understanding or processes of consumption and production of embodied perception (in the media, for example)?
v.            Is affect prior to thought, or ideology?
vi.            Does affect have a ‘truth’ that precedes language or intention?
vii.            Are the emotions pre-cognitive and automatic?
viii.            Does the previous question help to explain the anti-intentionalism that has been generated within psychological investigation?
ix.            In the affective turn, what are we turning towards and from what are we turning away ?
x.            The affective turn challenges dualism and potentially also interrogates the absoluteness of the opposition.
xi.            In a philosophical role-reversal, is there a tendency to celebrate the body and matter and condemn mind and spirit? (This reveals that we are locked in a dualism that has merely been turned against the dominant Western tradition; turned upside down)
xii.            Is it possible to have a mediation within the dualism, or must one simply choose from the opposed sides?
xiii.            The ‘turn’ needs to be challenged as it underestimates how far earlier philosophical and critical systems were already engaged in methodologies and categories that reveal an affective element. For example, it is a parody of the enlightened philosophy that it was a pure reason. Yet ultra-rationalism is often taken as the benchmark of counter-affectivity.
xiv.            Similarly, the absolute dualism of mind/body can be challenged. While they are deemed to be ontologically different, their functions might be intertwined in reality.
xv.            We should be cautious also in rooting the emotions or passions in the body; there is a risk in embodiment that involves ruling out the role of reason altogether: the tyranny of embodiment.
xvi.            Reason sometimes achieves and often asserts a critical distance from the emotions. Reason employs a dialogue with the emotions. Does this muddy the waters between the binary opposition?
xvii.            It is evident that there a tension between a method based in epistemology and phenomenology on the one hand, and hermeneutics and existentialism, on the other. In other words, this division simply replays an opposition between the philosophy  of knowledge and the philosophy of life.
xviii.            While theories of representation are grounded in semiotics (signs) and the techniques of  rhetoric, affect theory examines other kinds of encounter and interaction. Research has also increasingly investigated the kinds of topic traditionally neglected in academic study: movement and sensation.
xix.            How does the affective turn impact on cognitive approaches in the social sciences?
xx.            How should the new materialism and new media technologies be studied?

Reddy, William. The Navigation of Feeling: Framework for the History of Emotions. Cambridge, 2001. 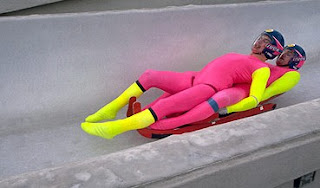 You either do your work or prepare for a trip to the office. (Either do, or prepare)
He is not only handsome, but also brilliant. (Not only A, but also B)
Not only is he handsome, but also he is brilliant. (Not only is he A, but also he is B)
Neither the basketball team nor the football team is doing well.
Both the cross country team and the swimming team are doing well.
You must decide whether you stay or you go.
Just as many Americans love basketball, so many Canadians love ice hockey.
The more you practice dribbling, the better you will be at it.
Football is as fast as hockey (is (fast)).
Football is as much an addiction as it is a sport.
No sooner did she learn to ski, than the snow began to thaw.
I would rather swim than surf.
A handy guide for beginners is Manik Joshi's Examples of English Correlatives: Correlative Words and Sentences.
Posted by Dr Ian McCormick at 07:58 No comments: