Locked in the Library? 16 Revision and Study Tips

It's the exam season again!

Here are 16 practical tips and strategies to support study and revision work for exams: 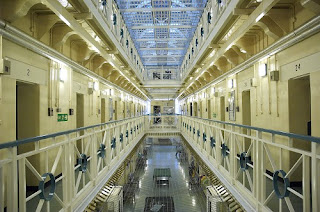 Dr Ian McCormick is the author of The Art of Connection: the Social Life of Sentences
(Quibble Academic, 2013)


The 7 Secrets of Effective Study and Successful Revision


Why not create your own league table of writers with your class? This is a great opportunity for critical thinking and collaborative decision-making.

Start by constructing a long or short list of writers/poets/novels/poems. Then discuss your key criteria for evaluation. Perhaps your scores will change over time?

Poet and playwright Oliver Goldsmith’s “poetical scale” was originally published in
The Literary Magazine in January, 1758.

Check out the final section of Salvador Dali's Diary of a Genius for an absurdly serious League Table of famous artists.

"The secret of my influence has always been that it remained secret."

Dr Ian McCormick is the author of The Art of Connection: the Social Life of Sentences
(Quibble Academic, 2013)

Posted by Dr Ian McCormick at 20:24 No comments:


Summary of the AQA Exam Board Guidance on language work for A level (16-18 years).

For AS and A level, learners can analyse texts by exploring four functions of language:

the forms and functions of non-verbal aspects of speech

the forms and functions of graphological features  of texts

discourse features of texts (eg speaker switches and the management of turn-taking; the nature and purpose of feedback)

For this topic candidates should study how children go through the initial phases of language acquisition and how they develop writing skills.

Helpful ideas about ways of approaching textual study, the use of re-writing and textual interventions, and how ideas about language are generated can be found in: